Athlete of the Year

Clare Mullenger: For a series of wonderful performances from 5k to marathon – culminating in a superb sub three marathon in Valencia (though her name was already engraved on the trophy by that point – the icing on the cake!)

Veteran of the Year

Meriel Holden: For a fantastic series of half marathon performances, showing us how it’s done this season at cross country – but most of all for an astonishing age grading of over 86 % in the London marathon this year (3h 08)

Norman Urquia: For consistently achieving age gradings that would be a really good mark in an examination (Straight A student) – and particularly for his series of fantastic performances over the mile. An inspiration to many.

Improver of the Year

Simon Wright: For breaking every PB going (he’s going to have to find some obscure distances soon…) and for stepping up a virtual division. Particular hat tip to the wonderful 2hr 53m performance in Manchester marathon.

Marathon Performance of the Year

Daniel Reynolds: A wonderful new asset to the club, leading the way quite literally at XC and Mabacs, and storming to a frankly ridiculous 2:45 in his debut road marathon.

Marathon Performances of the Year

Lindsay Doy: Some of our awards acknowledge individual performances and spectacular race times on one day – but this one goes to someone who has quite literally run more marathons than most of us have had hot dinners. For frankly astonishing resilience and recovery, and a mind boggling series of marathons…

Ultra Performance of the Year

Matt Gallagher: For bouncing back after a disappointment the previous outing, and absolutely smashing his first 100 miler in style – finishing seventh overall on the TP100

Harriet Hart: For her – in her own words “first and last” London to Brighton 100k (which turned into 104.51km due to a wrong turn) and took 11hrs 41. An incredible achievement and we were particularly impressed by her wonderfully consistent and impressive training, including on one occasion Forest Hill to Box Hill (45km).

Multisports Athletes of the Year

Aniko Bourne and Hannah Osborn: A number of new club members have truly embraced the spirit of the club – and so this years award is shared with two triathletes who completed their first 70.3 Ironman race – that’s a 1.2mile swim , 56 mile bike and a half marathon to finish it off.

Coach of the Year

Andrew Black: For his enthusiasm, support of runners new and seasoned, for giving an incredible amount to the club through coaching and organising session after session. Andrew, as one of your nominations beautifully put it, “is an exceptional role model for the club and always with a positive outlook”

Diane Carter: Again multiple club members put Diane’s name forward for her commitment to keeping the midweek social run going – runs like this being a real lifeline for so many during the last 18 months or so.

Volunteer of the Year

Anne Davies: Anne has given an huge amount of time in the last few years to the club, often on rather thankless and unexciting tasks (hello Covid protocols!) but without which – and all her tireless work – we simply wouldn’t have navigated through the tricky waters of the 2020 and 2021. A huge thank you from all of us, Anne.

Richard Cohen: Again, your nominations said it best: “Richard represents everything that is positive about the Windmilers, from his personal performances (including the sub 3 in Berlin), scoring positions in XC races, to his contributions as Welfare officer and – since getting his LiRF qualification – in coaching countless sessions, as well as establishing a Sunday towpath run. 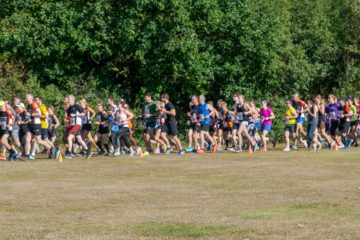 The Three Mile Handicap is back!

The first race in this summer’s series will take place on Tuesday 26th April.  This race is a scratch race, with everybody going off together.  Future races are started on a handicap basis with slower runners Read more… 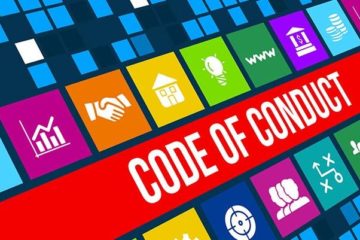 As of 31st January 2022 the club committee approved the adoption of the UK Athletics (UKA) Codes of conduct. The UKA Code of Conduct booklet is posted on the Club Policies page (members only). Anne Read more…