Last Sunday, Wimbledon Windmilers met up with other running clubs in the Surrey MABAC League to take part in the Lightwater Country Park event.

This is a hard and hilly course, with the long race just over 8k (5 miles), or two laps of the short course of 4k (2.5 miles). And what a race to the finish it was this year! As I came to the end of my one-lap jog, I was lapped by a runner from Runnymede, closely followed on his heels by Windmiler Daniel Reynolds. As I ran on, I asked a marshal further up the course who was leading, to be told, ‘Toby, all the way’ – only to find out after I crossed the finishing line it was actually our man Dan who had won in 29:39 – ‘by a whisker’. Go, Dan!

You might remember Dan came in first at the MABAC event Windmilers hosted last month at the Rugby Club, so well done again to him. Congratulations also goes to Matthew Haughton, who placed 6th overall (second Windmiler to finish), running the long course in a time of 32:13. Thank you to you both – by finishing in the top 10, you earned us a lot of points.

For the ladies, Bernadette Maher Allan was the first Windmiler to finish in a time of 39:13, followed by Rachel Doody (43:23) and club team captains Ella Waddingham (43:40) and Chiara Samele (47:38). Bernadette was also Birthday Girl and treated to a rendition of ‘Happy Birthday’ as we enjoyed coffee and cakes before heading off – just as the rain started to fall!

This MABAC was a good warm-up for the start of the cross-country season, which starts in a couple of weeks. Race 1 for the ladies’ team is on Saturday 16th October at 11am in Richmond Park (contact Ella and Chiara at [email protected]). Race 1 for the Men’s is on the same day, but at 3pm and at Epsom Downs (contact team captains Phil Reeves and James Hamilton at [email protected]). Put this date in your diary now, as we would love you to run for the club. The next MABAC race is on Sunday 24th October, 10am, at Nonsuch Park – see you there! The Farley Heath MABAC takes place on Sunday 21st November – don’t miss it either! 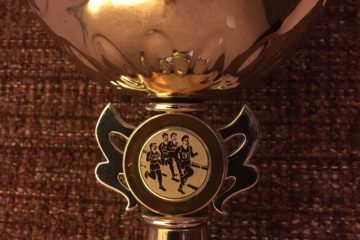 Wimbledon Windmilers will hold their 10 km and 5 km club championships on the morning of Sunday 12th December.  We will need about 20 volunteers, so if you don’t want to or can’t run, but can help, Read more…