Tributes to one of our oldest members, Joyce Smith

Windmilers may have heard the sad news that one of our oldest members, Joyce Smith, passed peacefully away in August.

Joyce’s son Stephen has been in touch to say that he and his sister Vicki were with her, and that it was a peaceful passing with no pain. Joyce, he goes on to say, really did consider the Windmilers as a big second family where she spent so much of her time after she caught the running bug!

As Joyce suffered with poor eyesight all of her life, she chose an eye research charity “Macular Society”  if people would like to make a donation in her memory. You can do so at https://joyce-smith1.muchloved.com/

Memories of Joyce from Olwen and Dianne Norton, former President and joint founder of the Windmilers.

Joyce told me that she contracted TB when she was in her early twenties. Her doctor told her that she probably wouldn’t live long and should take life easy, so she thought to herself, “Well, I’d better go and climb as many hills as I can before I go” (a true Lancashire lass). She had only one lung and she ran her fastest marathon in 3.32 when she was over 60. She also, over the years, travelled all over the world running marathons.

When I was on my coaching course the instructor noted my Windmilers top and said “I heard a story about a crazy runner running 84 laps of Motspur Park track”. There was only one person I could think of and when I asked Joyce she said “Oh, yes, that was me, but I ran 85 laps around the outside of the track because the groundsman said it was too icy to run on the track and I needed to get my training in”.

We would go to the Serpies training sessions on a Saturday morning because the Windmilers didn’t hold a Saturday session back then. Then parking meters were introduced in the early 90s in Hyde Park and we were unable to find a parking space and had to give up. We desperately wanted to train and drove around looking for somewhere to run. We came across Wimbledon Park Track and enjoyed the session so much that we started our own Saturday morning Windmilers session.

Joyce was on a walking holiday on her 63rd birthday and fell off the mountain. As she lay there waiting for help she heard the rescuers arrive and one of them said “We’d better get a body bag, looks like she’s a gonner”. Of course, she survived with minor injuries and was able to tell the tale which she later did in an essay about her life, published in a book edited by fellow Windmiler, Dianne Norton (as below).

‘The local press picked up on the story of the tumbling ‘elderly’ 63 year old and the 200 feet became 600 and it somehow ended up on Capital Radio as ‘Granny plunges 600 feet and defies death’. According to the Surrey Comet, wrote Joyce, “I was a Pensioner who cheated death miraculously and the Daily Express trumpeted ‘Peak fall gran lives!’ This incident was later included in a report on ageism and the press which quoted eight different national and local publications all of which labelled Joyce as a granny and a pensioner, neither of which she was (at that time). What she was was the fastest woman marathon runner in the UK over 60, a graduate in psychology of the Open University and a primary school teacher.

I think this was an important fact about Joyce – she basically identified herself as a runner and found it very hard in later life when, in particular, her sight deteriorated and led to difficulties running, but that didn’t stop her trying although her knees bore witness to many trip ups. ‘Running brought me more than happiness, it brought me an identity which is something I don’t think I had before, except as a teacher’, she said. Later, when her husband, Ralph, developed Alzheimer she realised how essential it was for her to keep running in order to stay fit enough to care for him. ‘It grounds me and makes me feel normal . . . it’s how I give myself a sense of achievement. My challenge is to make my body – no matter what it’s like – work to its best ability. My life is more worthwhile if I’m doing something that results in my achieving something.’

I only hope she went on remembering that one of the many things Joyce achieved was to inspire the love of so many friends. 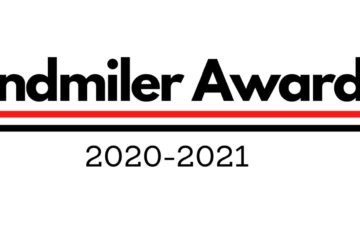 WINDMILER AWARDS 2020-2021 Athlete of the Year Clare Mullenger: For a series of wonderful performances from 5k to marathon – culminating in a superb sub three marathon in Valencia (though her name was already engraved Read more… 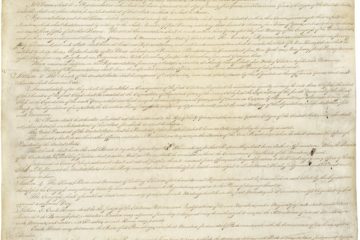