Wimbledon Windmilers were the hosts of the event that marked its return last Tuesday evening on Wimbledon Common.

We were joined by an excellent turnout of runners from the other running clubs in the MABAC league, who all came to run either the long course of 5 miles or the short one of 2.5 miles. Both routes were tough, having been freshened up by recent rain. 46 Windmilers ran the 5 mile course, and 7 ran the shorter course

Welcome to the many new members running with us for the first time, and a massive thank you to the more than 40 members who volunteered to help us put the event on. It could not have happened without you.

Congratulations go out to Windmiler Daniel Reynolds, who came in first overall in a time of 28:40. Andrew Reeves, from Reigate Priory Athletic Club (RPAC), came in second, in 29:05, while Daniel Jeffries from Dorking & Mole Valley (DMV) came in third in 30:15. Nick McKay was the second Windmiler to cross the line in 32:16, and Simon Olney was the third in 33:04.

Well done to everyone who took part.

The next MABAC race is SUNDAY 19 September at Lightwater Country Park. Don’t miss your chance to run for the club again. Earn points by completing either one lap or two of a course set in Surrey’s beautiful countryside.

Currently, we are second in the league, with a point score of 688. Dorking & Mole Valley are top of the table with 851.

MABAC DATES FOR YOUR DIARY

The next race in the MABAC series is in the beautiful Surrey Hills at Farley Heath, on Sunday 21st November starting at 10am.  Details on Google maps can be found here MABAC races are less competitive than many Read more…

1. Wimbledon Dash 5k (Surrey County 5k Road Championships) This takes place on Sunday 15 August 2021 in Wimbledon Park starting at 9am. Details and entry for the 5k can be found here: https://rm.sportsystems.co.uk/Register/100125/Meeting.  Whilst it is a “County Read more… 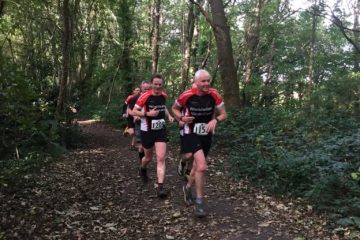 Cool, dry, sunny weather provided the perfect conditions to take part in the MABAC event at Nonsuch Park. Just under 40 Windmilers showed up to either run the long course of 5miles or the short Read more…